Since introducing a Kirkland Signature-branded range of golf balls in 2016, Costco has continued to make advances in the golf hard-goods industry. The wholesaler developed its first club earlier this year, a milled Kirkland Signature KS1 putter.

Let’s take a deeper look at the name of the putters and see whether they’re suitable for novices and medium handicappers aiming to enhance their scores on the golf field. We’ve prepared an article called Who Makes Kirkland Putter that goes into the putter’s design, manufacturing history, review, and frequent FAQs. So be patient and read for 5 minutes.

With a neck shaft and a color scheme, the KS1 Kirkland putter is a blade putter. The KS1 is constructed of 303 stainless steel and has a 303 steel insert. It is machined entirely by computer numerical control. Thanks to an interchangeable heel and toe weighing mechanism, it will be completely customizable.

The KS1 stands 34.5 inches tall, has a 340g putter head, and comes equipped with SuperStroke CounterCore Mid Slim 2.0 grips and weight that may be increased.

The Kirkland KS1 putter has two adjustable sole weights that can be switched to generate the bias that suits your game. The KS1 putters include SuperStroke CounterCore grips and are customizable with interchangeable heel and toe weights in the sole.

The steel and milling, as well as the expertly machined insert, deliver great performance and feel. You can customize your Kirkland putter with the help of two sets of toe &  heel sets and a SuperStroke CounterCore weight in the grip utilization.

Finding the correct putter, especially for novices, is difficult. It’s not only about how it appears; it’s also about how it functions and feels in your hands. The Kirkland Signature KS1 Putter is meant to be a high-performing, low-cost golf club.

The putter has over 350 reviews, making it a top seller in the beginners/intermediate category and a good alternative to more costly brands like Callaway, Nike, and TaylorMade. The CNC machined 303 stainless steel shaft is meant to be sturdy and responsive, with a wonderful feel in the hand for faster putting.

These adjustable weights are often only found in higher-end putters, but Kirkland has done an excellent job incorporating them into their famous KS1 putter.

Only for right-handed people. For the most up-to-date inventory, go visit Costco.
Overall, this is a wonderful option for any novice or intermediate golfer who wants to improve their green’s accuracy and consistency.

If you’re searching for a good-performing and economical putter, the putter comes in nice packaging with extra weights and should be a serious consideration.

Costco began in 1976 in San Diego, when Sol Price, a pioneer in warehouse club retailing, founded the first Price Club. Costco was founded in 1983 by Jeffrey H. Brotman and James D. Sinegal in Seattle. In 1993, The Price Company (parent company of Price Club) and Costco combined to become Price/Costco. The company’s name was changed to Costco Companies, Inc. in 1997, and the current name was chosen in 1999.

The corporation grew its product selection and offering via various mergers and acquisitions, selling from 804 warehouses across the world, 558 of which are in the United States and territories.

What Brand is The Costco Putter?

Costco is unlikely to have entered the golf club manufacturing business because their primary goal is to distribute their brands to members through their warehouses. Their business strategy relies on third-party manufacturers to create the items that they sell under the Kirkland label.

Costco produced its first golf equipment, a putter, in June 2020. The Kirkland Signature KS1 putter generated a sensation because of its resemblance to a Ping Anser and a Scotty Cameron Newport putter. Despite its comparable appearance, the KS1 is far less expensive than premium putters. The KS1 putter is said to be manufactured in China at a plant that also makes putters for other OEMs.

When can I get my hands on the Kirkland Signature KS1 putter?

The KS1 is available at Costco and on Amazon.

What is the price of the Kirkland Signature KS1 putter?

What are the prices for the Kirkland putter weight kits?

The weight packs, which cost $39.99 (£32), are offered separately from the putters. It has the tools as well as the weight options.

With its Kirkland Signature golf ball, putter, and wedges, Costco has made a name in the golfing equipment industry. Despite the fact that the manufacturer does not specify where the clubs are made, it is almost obvious that they are not made in the United States. They are likely to have the equipment made by a current premium manufacturer under an arrangement to sell it from their warehouses, based on their previous business model.

We hope we’ve satisfied your curiosity regarding who makes Kirkland putters. In the comments box below, please share your Kirkland Signature putter experience. 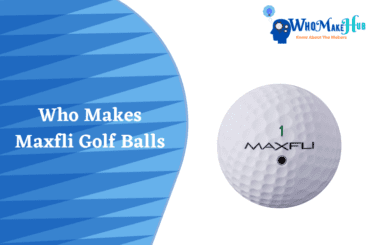 Who Makes Maxfli Golf Balls? Do You Need Them in 2022?

Who Makes Srixon Golf Balls? Is It The Best Golf Balls In 2022?

Who Makes Pinnacle Golf Balls? Will they improve your Golf Game?

Who Makes Top Flite Golf Balls? Is It The Best Golf Ball in 2023?