Once upon a time, boots were only meant for safety issues in construction or other types of dangerous manual labor. Nowadays boots are worn by man woman and children as a fashion accessory. To have the best experience you want a quality boot from a trusted brand.

About The DieHard Brand

DieHard is a brand with a fascinating backstory. DieHard is primarily renowned for its car batteries, rather than its footwear. This brand was previously owned by Sears, but Advance Auto Parts purchased it from Sears in December 2019.

Their batteries were famous for the unlimited guarantee, by which they meant the battery will last as long as you own the car which was discontinued later. DieHard is not only a battery manufacturer they also manufacture products like boots, battery chargers, etc.

So, who makes Sears DieHard Work Boots? Currently, Rock Rooster is manufacturing the best DieHard boots in the US. In the next section, we will discuss briefly Rock Rooster.

RockRooster Footware Inc. has its origin dated back to the 80s when Tonghe Shoes was producing leather shoes with calf leathers for officers. After a lot of hard work, they have changed the name to RockRooster.

For a significant amount of time, RockRooster was the go-to brand for safety footwear. Hikers and workers from various generations put their trust in the RockRooster footwear. As technology advances, RoockRooster adapted the modern tech and now became a mature company.

RockRooster has been providing us with wonderful footwear for over 30 years, and they have been creating work boots for around 10 years. RockRooster has made it its mission to protect your feet while doing strenuous work or trekking while still making you feel at ease.

Are Sears DieHard Boots Any Good?

A work boot has a lot of purposes. Not only does it have to keep you safe from all the extreme conditions but also it has to provide comfort so you can focus on the work at hand. DieHard boots have been considered “SweetSpot” boots.

So we will deep dive into everything DieHard boot is offering so that you can decide if it is good for you or not.

You may want to consider something different if you are looking for something cheaper. As Sears DieHard is more expensive than some bottom-of-the-barrel boots. One pair of DieHard boots will cost you about $60-$70.

Our recommendation is if you want to get DieHard boots then grab them during annual sales events.

Now usually a boot lasts long for about 7 months if you put it in extreme conditions. Sometimes, you have to spend time repairing the boots. According to construction workers, they got 5-7 months lifetime from their DieHard.

Now, these are no less than the boots of a construction worker who goes through immense abuse and works for about 60 hours a week. So you can say DieHard has great durability for a work boot.

DieHard boots are also extremely low-maintenance. It’s understandable that after a long day of hustling, you don’t want to spend time maintaining your boots. DieHard still requires some upkeep, but it is less than other brands on the market.

We have mentioned a 5-7 month lifetime for DieHard but if you take proper care and maintenance and be a bit careful about it then it is possible to get about a year’s worth of performance from them.

The main ingredient for a Sears DieHard boot is the grain leather that gives you a rough and heavy look. Every boot is meant for extreme conditions so DieHard added extra thickness to the leather for making it durable. DieHard does not have the best quality but is good enough to get the job done.

DieHard’s leather is still looking great after a long amount of use. When you consider the cost of stitching, it’s incredible. DieHard has triple stitching on the upper section and a strong single stitch on the imitation foot.

We think DieHard is a better deal compared to other cheaper deals you will find in Walmart. The Soles of a DieHard is a game-changer when you are talking about construction work. Some wedge sole boots can be a bad experience in concrete but DieHard has made it just better.

If you think that Sears DieHard is exactly what are you looking for then your next question is where to buy Sears DieHard Boots? These boots are very easy to get and you can find them in your local shop, Sears store, online shops like Amazon, etc.

It’s time to take a look at DieHard’s best. If you’re looking to purchase DieHard boots, this is the model you should consider.

Do not let the rugged look fool you, it is made to provide you comfort. To ensure your comfort they have used double-layer cushioning. For the upper protection, Sears DieHard Steel Toe uses pig leather.

Boots are meant to face extreme work environments and this boot is durable enough to face everything you throw at it.

One of the most crucial components of trekking or working is protecting your feet. For more than a decade, Sears DieHard has provided comfort and safety to our feet. DieHard can be your feet’s guardian angel with the features it offers at this price. 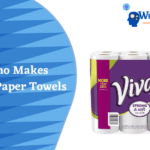 Who Makes Viva Paper Towels? Do You Need Them in 2022? 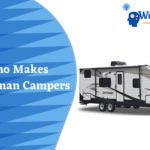 Who Makes Dutchman Campers? Is It Good For Camping? 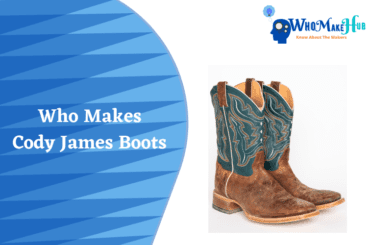 Who Makes Cody James Boots? Are They Practical? 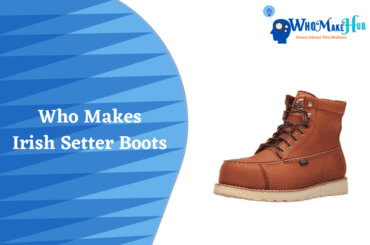 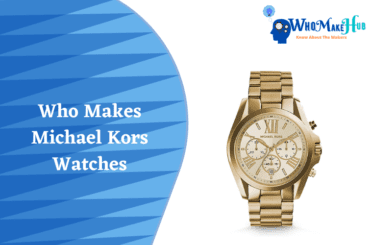 Who Makes Michael Kors Watches? Are The Expenses Justified? 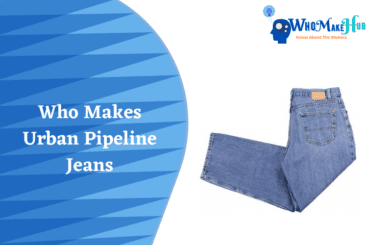 Who Makes Urban Pipeline Jeans? Are They Comfortable?