Coleman company is well-known for producing items such as lanterns, coolers, and tents. But did you also know that Coleman makes campervans too? Coleman camper trailers are known for their quality and performance.

The brand, which is mainly known for making outdoor camping gear, is now under the authorization of Newell Brands. If you want to know the details about who makes Coleman campers, then read on.

The Coleman collection includes extended models, camper vans, and toy haulers, all of which are manufactured by Dutchmen Manufacturing in Indiana, where the firm just celebrated its 25th year as a respected RV manufacturer.

So if you were curious about who owns Coleman campers, the information given above should answer your question.

W.C. Coleman developed the well-known brand Coleman in Kingfisher, Oklahoma, in the year 1900. This firm started off selling gasoline lamps, and the lamp is still the company’s emblem today.

Coleman’s product portfolio grew throughout time to embrace almost every facet of traveling and enjoying the outdoors, including sleeping bags, campsites, stoves, coolers, and even camper vans.

Coleman started producing pop-up tent trailers in 1967, and by 1979, its camping trailers had become the most popular in North America. However, a decade later, Coleman sold its ideas to Fleetwood RV, which took over the production of the campervans.

Appeal to a Wide Audience

Today’s Coleman camper trailers are mostly geared for first-time RVers. They are inexpensive when compared to other brands available. Most versions have an empty vehicle weight (UVW) that allows family-friendly SUVs to tow them.

Young families, children, and empty-nesters are the three main camping audiences for Coleman RVs. Each of these categories will find a layout that appeals to them in a Coleman RV.

Some designs emphasize space in order to accommodate a large number of people, while others concentrate on living rooms with layouts that are ideal for entertaining visitors.

Which Brand of Campervans is Better: Jayco or Coleman?

Coleman should always be your best option if you desire an RV for lightweight, occasional usage. As long as you’re willing to undertake periodic maintenance, their mediocre comforts and moderate endurance will hold up nicely.

On the other hand, if you want to go for long, regular journeys in your RV, you should go with Jayco. But, to be brief, are Coleman campers good quality? Yes, Coleman campervans are indeed good-quality if you can keep up with the maintenance.

Did Coleman Brand Go Out of Business?

The Coleman Co. facility in Sauk Rapids, Minnesota, is being shut down by Newell Brands. As an outcome, 175 people will lose their jobs. Coleman would terminate the business by the end of 2021, as per a news report in the Star Tribune.

Is Coleman a Reputable Camping Company?

Coleman is, without a doubt, one of the top outdoor goods manufacturers available. When it comes to camping gear, Coleman is regarded for delivering you the most value for your buck.

Many people characterize Coleman items as “good enough,” which is their key strength.

Is It True That Coleman Items are Created in China?

Many of Coleman’s items are manufactured in Asia. However, the company’s local production is important, and it is working to “re-shore” more of its production to the United States.

The firm has three manufacturing units in the United States and employs roughly 1,000 employees.

Appeal to a Wide Audience

Today’s Coleman camper trailers are mostly geared for first-time RVers. They are inexpensive when compared to other brands available. Most versions have an empty vehicle weight (UVW) that allows family-friendly SUVs to tow them.

Young families, children, and empty-nesters are the three main camping audiences for Coleman RVs. Each of these categories will find a layout that appeals to them in a Coleman RV.

Some designs emphasize space in order to accommodate a large number of people, while others concentrate on living rooms with layouts that are ideal for entertaining visitors.

The firm that created Coleman pop-up camper trailers, Fleetwood, stated a few years back that it was ending down manufacturing on its camper line and the Coleman campers parts.

The Coleman camper was a powerhouse in the camping business, and everyone was sad to see it leave.

More About the Coleman Pop-Up Campers

The lightweight and long-lasting pop-up trailers were created by Coleman. It was also appealing to serious campers and amateurs since it could be towed by relatively modest cars. It also included high-quality materials that will endure for years.

The first model included a bay window kitchenette and three double beds, measuring 6′ 8″ wide by 8′ 9″ in length when compressed and 16ft long when wide open. Tent dwellers fell in love with pop-up trailers, which they saw as a step up from camping in a tent.

By 1979, Coleman had become the leading manufacturer of pop-up camper vans in the United States.

What is the Price of A Coleman Camper in A Secondary Market?

Although these campers have been discontinued from the market, secondhand Coleman pop-up campers are still available. The cost of a trailer may vary from $2,000 to $17,000 maximum, depending on the state of the camper van and the equipment within.

Since this manufacturer no longer makes them, many people consider these campers to be antiques.

Is There a Future for the Coleman Camper?

The Coleman pop-up camper vans are unlikely to resurface in a new form. However, the name is still alive and well in the travel trailer series made by Dutchmen.

While modern trailers aren’t precisely the same as the old pop-ups, they do offer pop-up features and merchandise.

Is Coleman Responsible for Manufacturing Fifth-Wheelers and Campers?

Coleman is responsible for creating a line of fifth-wheelers and campers for its consumers.

What is The Average Weight of a Coleman Camper?

Overall, Coleman camper vans are the finest coaches to start your RV adventure with, whether you are new to the RV lifestyle or returning to it. You’re investing in quality, a good reputation, and a reasonable price.

Those who want to go part-time traveling may keep these travel trailers for years, allowing them to create many family memories.

Lastly, we hope that you enjoyed reading this article on who makes Coleman campers. 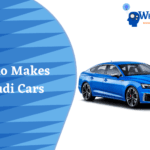 Who Makes Audi Cars? Important Details You Should Know 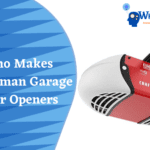 Who Makes Craftsman Garage Door Openers? Are They Good? 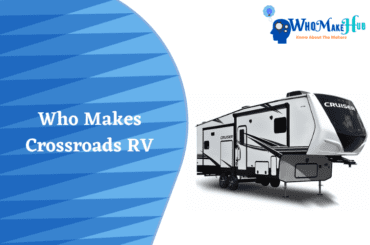 Who Makes Crossroads RV? Do You Need Them in 2022? 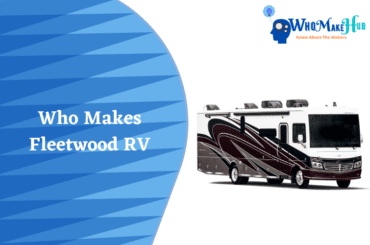 Who Makes Fleetwood RV? Is It The Best Camping Partner? 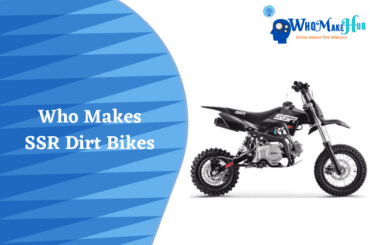 Who Makes SSR Dirt Bikes? Are They The Best Off-Road Ride? 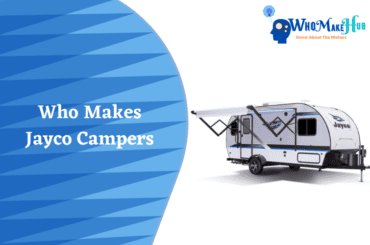 Who Makes Jayco Campers? Do You Need Them in 2022?